What are the factors that cause snoring?

There is a wide range of factors that cause snoring, from large tongue size to accumulation of fat in the neck area and long uvula.

Having a large tongue can play an important role in reducing the airway size. In people with large tongues, the distance between the root of the tongue and the soft palate is shorter, which makes air passage difficult. Moreover, a large tongue is easier to fall back and obstruct the airway when the musculature relaxes during sleep, especially when the person sleeps on his/her back. 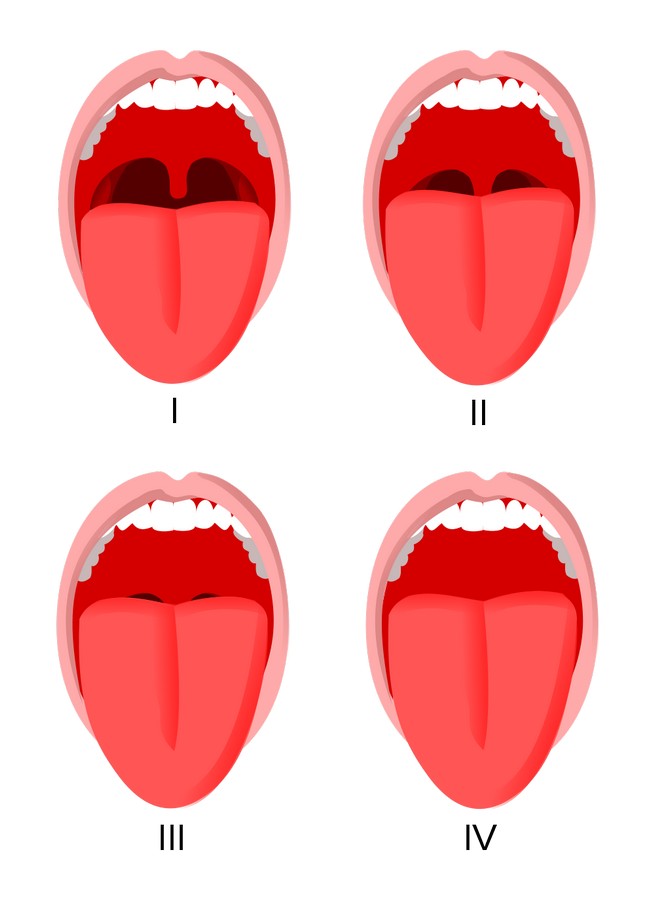 A flabby soft pallet is caused when the soft palate forms a sharp angle with the hard palate, and this condition impedes air flow, causing difficulty in breathing and  snoring. This is due to the fact that the palate and uvula are coming close to the base of the tongue, thus reducing the space available for the passage of air.

Accumulation of fat in the neck area

They are the main causes of obstructive sleep apnea in children. The swollen adenoids lead to the occurrence of oral breathing, which has adverse effects on health of the child and the development of the jaws and face. Large tonsils restrict oropharynx from the sidewalls and cause respiratory obstruction leading to the appearance of snoring and sleep apnea.

A long uvula restricts the opening of the airway and functions in a sense as a valve, vibrating back and forth during breathing. This vibration causes the sound of snoring. If left untreated, the intense snoring causes inflammation and enlargement of the uvula and thus worsening the problem of respiratory obstruction.

Alcohol causes relaxation of the muscle tone. Studies have shown that alcohol consumption increases the risk of snoring and obstructive sleep apnea. This explains why some people answer "only when I drink", when they are asked if they snore.

Smoking irritates the tissues of the airway tract, causing inflammation and swelling. This in turn restricts breathing and leads to snoring.

Studies have shown that the likelihood of snoring and obstructive sleep apnea is increased in subjects who have a family history of these disorders.

Various environmental factors can cause an allergic reaction. The allergic reaction results in the inflammation, especially of the nasal mucosa, but in some cases the whole upper airway is affected. This inflammation causes obstruction of the airway leading to snoring.

In cases where the lower jaw is small or retrubed, the tongue is also located at the rearmost position in the mouth. Rear tongue position impedes breathing and leads to snoring and apnea.

Snoring is not considered a diagnosable disease, but a symptom from which millions of people suffer.

More in this category: