Who is at risk of developing sleep apnea? 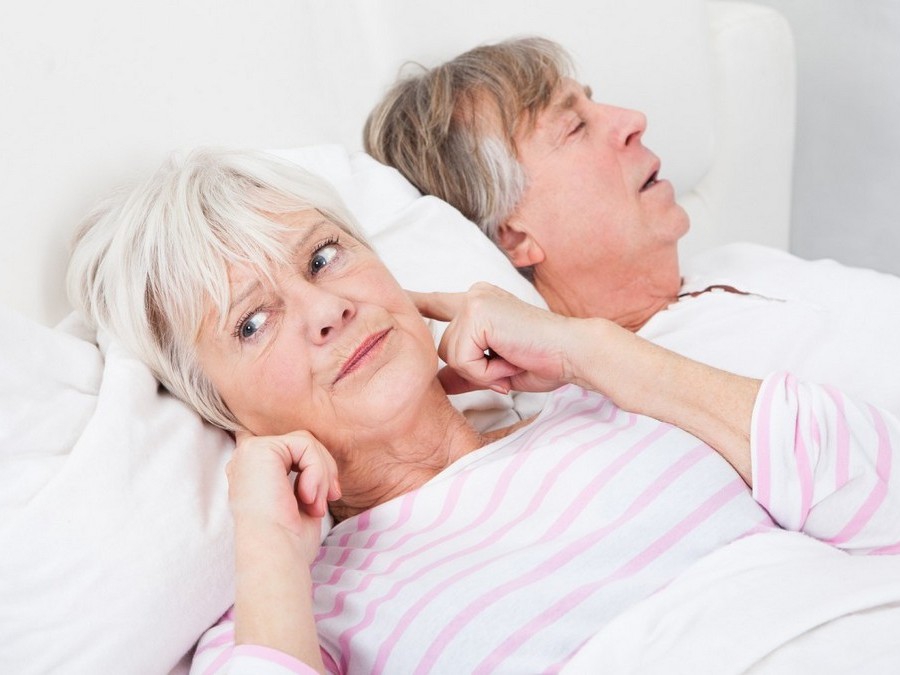 There are certain risk factors contributing to the appearance of sleep apnea:

Obese subjects with a Body Mass Index of over 30 are very likely to develop sleep apnea. The deposition of fat in the neck puts pressure on the airway, which leads to its contraction, making it easier to be obstructed during sleep. It is worth noting that an increased intensity and frequency of snoring has been reported by people who had no prior problem before gaining  some weight.  Someone who already snores is very likely to develop sleep apnea, if he/she also gains some weight.

A neck perimeter greater than 17 inches (43 cm) in men and 15 inches (38 cm) in women, indicates an increased risk of developing sleep apnea. Apart from fat deposition due to obesity, a rise in neck perimeter may also be a result of an increase in muscle tissue in neck. Studies in American football athletes showed an increased rate of sleep apnea occurrence. Several clubs have even made it mandatory for athletes to use intraoral splints as a prevention and treatment against sleep apnea.

As we age, our weight is usually increasing while our muscle tone is  reducing. The combination of these two factors leads to an increase in the occurrence of sleep apnea in older people. A study conducted on a sample population aged over 65 years, showed a sleep apnea incidence of 65%.

Sleep apnea is more common in men. According to studies, the proportion of obstructive sleep apnea occurrence between men and women is 2.5 to 1. After menopause, sleep apnea incidence among women increases.

Anatomical variations in jaw and face

A large tongue size, a narrow upper jaw, a large uvula, a small lower jaw, retrognathism and a deviated septum are the main anatomic variations that influence the size of the airway and increase the risk of sleep apnea occurrence.

While snoring is a clinical sign of apnea, it also constitutes a risk factor for the occurrence of apnea. While all who suffer from obstructive sleep apnea snore, the opposite is not true, that is to say not everyone who snores suffers from apnea.  Snoring per se, although it is harmless, it is more of a social than a clinical problem. However, the irritation caused in the uvula, the soft palate and the soft tissues of the neck, as they vibrate during snoring, leads to the inflammation and the swelling of these specific tissues. This leads to a narrowing of the airway, which can result in obstructive sleep apnea. This mechanism explains why people who snore over time evolve to patients with obstructive sleep apnea.

Consumption of alcohol and sedatives causes relaxation of the muscle tone throughout the body. This often leads to excessive loosening and collapse of the airway tissues, resulting in obstructive sleep apnea. Smoking causes tissue irritation and inflammation of the upper respiratory system. Even a slight inflammation can narrow the airway to a degree sufficient to cause breathing problems during sleep.

The enlarged tonsils and adenoids can significantly reduce the width of the airway and are the main cause for the occurrence of obstructive sleep apnea in children.

More in this category: « Obstructive sleep apnea Symptoms and clinical effects of sleep apnea »
back to top